Recently at a speech I gave, the company for whom I was speaking, donated enough $ to purchase a custom, tactical, ballistic vest for a Police K9.

The company was Henkels and McCoy

K9 Argo is the recipient of their generosity. Here is a bit about him and his “pilot.”

“The Ferguson Police Department and Officer Matthew Miller are proud to announce the addition of K-9 Argo to the Department. Argo is a 21-month old German Shepherd whose lineage derives from a line of Czechoslovakian police dogs. Officer Miller adopted Argo at the age of 8 weeks old and has agreed to donate him to the City of Ferguson to serve as a K-9 Officer. Argo and Officer Miller trained from the early age of 8 weeks old and continue to train everyday. Argo and Officer Miller are certified in Narcotics detection through the National Narcotics Detector Dog Association and have also achieved a Level 2 Patrol Certification through the National Police Canine Association. Through the generous contributions of Officer Miller and through other private donations, the City received Argo at a cost well below the typical $15,000 total cost of obtaining a trained, certified K-9 Officer. Argo will be assisting with drug detection, locating evidence from crime scenes, handler protection, and tracking and apprehending fugitives from the law.” 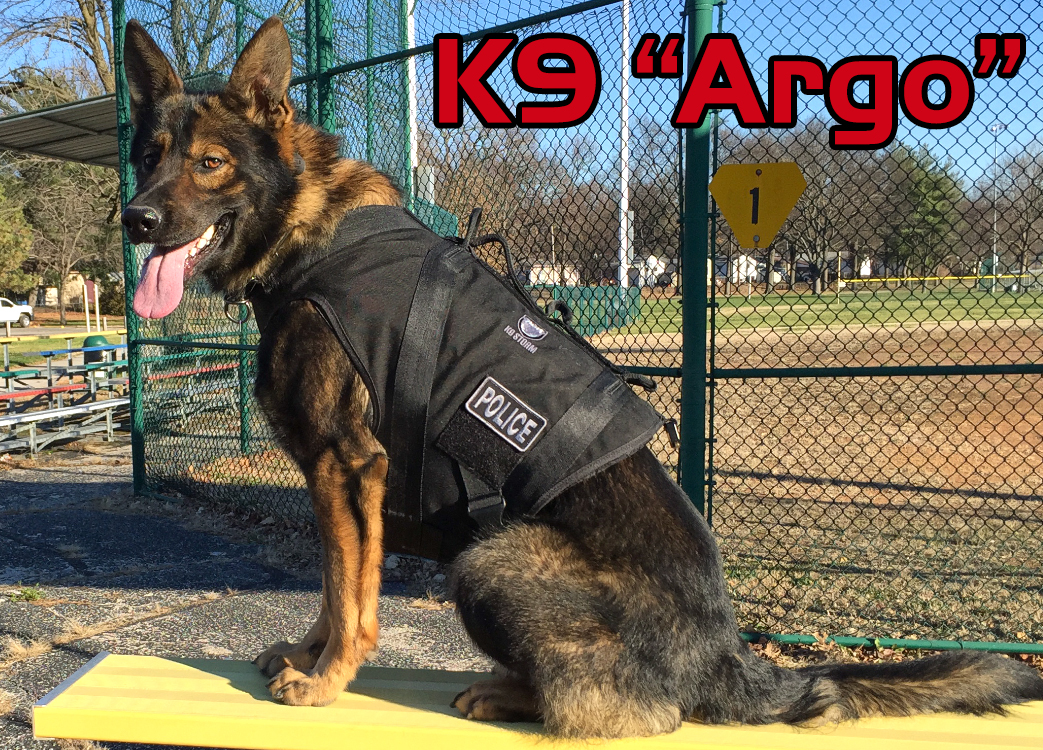