Here is a note from the latest recipient of your generosity:

Jimmy,
Mordus will be my third PSD K-9. I had  the opportunity to fly over to the Netherlands and pick him out. He was being trained in KNPV but was not titled due to him only being 14 months old when I got him. We returned to the U.S. in mid April of 2014 and began training in drug detection and tracking. We became completely certified in all aspects of detection work and patrol work. Mordus and I hit the streets on June 14th 2014. Since then he has made several catches on tracks for criminals and a find for a lost child. Mordus has found drugs in vehicles and homes during search warrants. His efforts have been used to open up other investigations and help forfeit real property.

Thanks to SpikesK9Fund.org and CEO James Hatch, we will be able to be ready at a moments notice and conduct our job much safer! 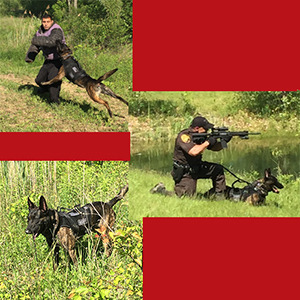